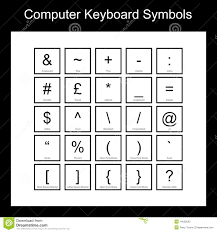 A report was released detailing how radical groups in America employed counter-surveillance techniques to prevent investigators using social media to identify their membership, during their anti-Semitic and anti-journalist attacks in 2016. This was in the middle of the Presidential campaign and contained an interesting observation. These groups intentionally hid their dark message in coded terms, whose true meaning was known to their peers, as well as typographical symbols with hidden meaning, to foil keyword, or keyword combination, searches of social media.

According to the report, entitled Anti-Semitic Targeting of Journalists during the 2016 Presidential Campaign*, which located 2.6 million objectionable Tweets, during the data gathering and analysis phase:

(1) Specific racial, religious or ethnic slurs were assigned tech-oriented code words, to mask their true meaning from readers outside the radical organization. The word skype was mentioned, to replace a commonly used (but profane) Jewish religious slur. Other terms known to be used include: google, yahoo, bing, skittle, butterfly, fishbucket, car salesman, reagans and leppo.

(2) Certain typographical symbols such as double or triple parenthesis were also used by radicals, to identify individuals being singled out for their religious beliefs.

Investigators, reacting to these techniques should follow these steps:

(A) Access the social media of a known member or associate of the radical organization, and extract any unusual, non-conforming, or suspicious terms or phrases, appearing there, using those keywords to identify others using those terms or symbols, and examining the content.

(B) Upon seeing such strange or unusual terms, which appear to be code words in postings of others, immediately institute a search for all direct or indirect relationships among the users, their families, friends and close contacts.

Criminal investigators, conducting gang-related or organized crime queries have known for years to recognize this type of slang, or internal jargon of the group they are probing.  Due diligence investigators, and other analysts, on the civil side, should adopt these techniques, to counter the efforts shown above, which are  being employed to confuse and foil their inquiries.