In the opaque world of diplomatic passport sales, it is definitely Caveat Emptor, let the buyer beware. Last year, a Ukrainian businessman*, who is linked to Dubai, and who wanted to buy a diplomatic passport from a cooperating Caribbean country, contacted Henley and Partners. A Henley officer named "Chris" represented that his firm was a duly licensed provider in several Caribbean jurisdictions, and showed him emails from Prime Ministers to prove the company's bona fides.

Chris instructed the applicant to wire $1,000,000, as and for the fee, to the firm's account at Wells Fargo in Singapore. You may view the wire transfer document below. it confirms the amount and the identity of the recipient.

When Henley and Partners failed to deliver diplomatic passports from either Antigua, or Grenada, and ignored the businessman's repeated call, he contacted Antiguan authorities, who denied there was any application pending. Grenada, through one of its ministers, arranged, after a lengthy delay, for a refund. What's wrong with this picture ?  It appear that whatever constitutes the diplomatic passport program in Grenada is completely out of control.

The issues, all of which require investigation:

(1) Why didn't the applicant's fee go directly into an escrow, or trust account, of the Government of Grenada ? Does Grenada approve of this policy ?  Does it control its licensees at all ?
(2) Why is Henley and Partners holding a US Dollar account at a US Bank, in Singapore, for a Grenada Government client ?
(3) How did a US bank, Wells Fargo NA, accept one million dollars, for deposit into the account of a company known to service purchases of diplomatic passports, in foreign countries, a high risk client ?
(4) Did the Wells Fargo Bank compliance department perform due diligence on the sender, before accepting the wire transfer ? If not, why not ?
(5) Did any of the money end up in the hands of the Government of Grenada, or any of its officials ?
(6) Did Minister Alexandra Otway-Noel resign, because of the exploding diplomatic passport scandal in Grenada, and is Prime Minister Keith Mitchell the primary reason why she resigned ? 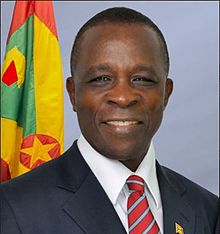 Whoever is in command of Global Compliance at Wells Fargo Bank should be required explain to FinCEN why it is banking foreign companies that deal in the sordid world of economic and diplomatic passports, in countries considered high risk.