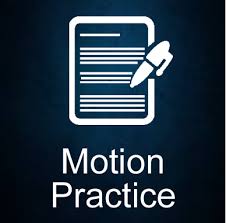 Counsel for Mehmet Atilla, the Turkish banker charged with assisting the Iranian oil sanctions evader, Reza Zarrab, has filed a number of defensive motions, and the US Attorney's Office in New York has responded with an extensive memorandum of law, replete with numerous legal citations.

(1) The Motion to Dismiss should be denied; the indictment properly alleges IEEPA and bank fraud allegations. It also provides counsel more than adequate notice of the elements of the offense, and the overt acts, and does not deny the defendant Due process, due to the extraterritorial application of a criminal statute. The Court has subject matter jurisdiction over the defendant.

(2) The defendant's Motion for Severance should be denied, as he was charged with participating in  the same conspiracy as defendant Reza Zarrab, that they shared a common purpose, and that none of the cases cited by the defense support their position.

(3) The defendant's motion to inspect Grand Jury minutes should be denied, upon the grounds that there is no "compelling necessity" (e.g. prosecutorial misconduct) shown "with particularity." An alleged erroneous translation, into English, of transcribed telephone calls, does not rise to the level which must be shown to pierce Grand Jury Secrecy.

The case is set for trial this Fall. Whether Atilla will eventually enter a guilty plea remains an open question; he does face some serious prison time, if convicted. Should he plead out, you can most likely expect further indictments, in the "oil-for-gold" case.
Posted by Kenneth Rijock at Tuesday, August 15, 2017