Pedro Fort Berbel, a career pyramid/Ponzi schemer, who is reportedly wanted in both Spain and the United States, is cleverly evading justice, while operating his latest crop of fraudulent schemes from the Commonwealth of Dominica. Conveniently shielded by his Dominican CBI passport, and assisted by a local attorney, who efficiently collects Fort's funds from his victims, Ford appears to be invincible. Fort has been leaving his victims in the dust for more than a decade; so why was he issued a CBI passport from Dominica ? Anyone with access to the Internet can see that in two minutes. 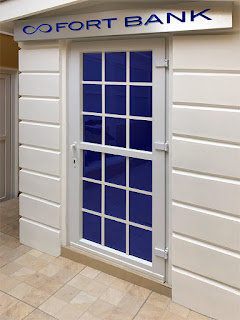 Fort, like the then-fugitive Iranian oil sanctions evader, Alireza Monfared, was also provided with a secure residence in Dominica; it is rumored that he travels quietly in the region, only on private jets, facilitated by a diplomatic passport from Dominica. He even owns an offshore bank, licensed in Dominica, Fort Bank Inc., which advertises bank secrecy and confidentiality for its online clients.


How many career criminals, armed with CBI passports, are operating in Dominica ?
Posted by Kenneth Rijock at Friday, August 04, 2017