COUNTER SURVEILLANCE FEATURE ON SOCIAL MEDIA NOT EXPECTED TO BE EFFECTIVE 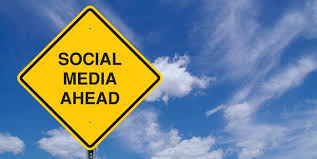 A new photo-sharing social network program known as Polygram has introduced a feature it claims will block any attempts to take screenshots, and even photographs, of images that the user has protected in a specific manner. Apparently this new feature is designed to keep privately-sent photographs from being reproduced, and seen by anyone other than the recipient.

Referred to by Polygram as "wipe-to-reveal" the feature causes an artificial fog to cover protected images. The user uses his or her finger to clear a portion of the photograph at a time, making copying of the complete image impossible, as the fog quickly reappears, once your finger has moved on to uncover another section. As an additional protection information released by Polygram notes that any attempts to take a screenshot alerts the user, together with a picture of what was actually captured by a third party.


While it initially appears to be an efficient method of sheltering images from individuals conducting law enforcement investigations the feature is currently not available for mainstream social media, and even if it does later become available, it will fail to be effective for several reasons:

(1) The feature mentioned above is limited to individual photos being transmitted, and cannot add privacy to the Friends photos, nor to the postings made by visitors. A user's main photo will remain accessible to investigators.

(2) Investigators armed with the appropriate AI/algorithm social media search tools are looking for direct and indirect relationships, and it is the existence of those relationships, which are found through accessing all open-source social media webpages, not specific photos, which become solutions to their queries.

(3) The existence of protected images, on a social media member's page, may itself operate as a red flag to criminal investigators conducting social media searches.

Of course, this does not rule out the development of technology to circumvent the wipe-to-real feature. In any event,  it does not appear to be a threat to the ability of law enforcement to uncover relationships that will assist it in conducting a successful investigation, using social media research tools designed to reveal hidden relationships, to solve cases.