A YEAR AND A DAY FOR MAKING 35 STRUCTURED WITHDRAWALS 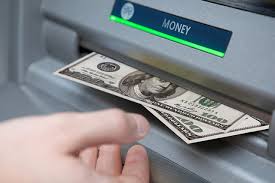 Ponzi schemes continue to take their toll of even minor participants, even years after the head Ponzi has gone off to prison. Case in point: Lorie Ann Williams, the wife of a major "fundraiser" for Miami Ponzi schemer Nevin Shapiro's* bogus grocery purchasing fraud, served a year & a day in Federal Prison. Her husband transferred funds to her account, after suits were filed against him.

Mrs. Williams then made thirty five structured (exactly $9500 each) withdrawals from her account, totaling $332,500, and thereafter filed bankruptcy. After all these years, who doesn't know that any activity close to the $10,000 reporting threshold is bound to trigger a SAR ? Her husband reportedly went with her to withdraw the money, and he was allegedly a financial advisor. Mrs. Williams stated that they needed the money to live on; over three hundred thousand dollars in as many months ? You have to love anyone involved in Ponzi scheme operations, they let absolute greed totally cloud their actions.
_____________________________________________________________________
* We have previously reported, in depth, on Mr. Shapiro's classic Ponzi scheme, which also corrupted the athletic program at the University of Miami, through illegal compensation paid by Shapiro.
Posted by Kenneth Rijock at Monday, August 28, 2017