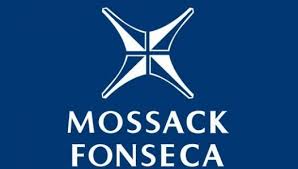 The Panama law firm of Mossack & Fonseca, exposed by the Panama Papers for its global money laundering activities, and with its name partners under criminal investigation, announced this week that will not be closing its principal office, which is located in Panama City's business district. Partner Jurgen Mossack stated publicly that he would be keeping the office open for business, although the damning evidence, which appeared in the Panama papers, proved that the firm's primary role was to hide assets, and conceal the identities of their clients, many of whom were corrupt PEPs, or tax evaders.

Mossack's 45 overseas offices, which have now been reduced to only six, often operated under misleading or cover names, and the firm may have been guilty of systemic tax evasion in the nations where it first quietly solicited clients, then delivering services to them in Panama.

Many in Panama are starting to wonder whether the Mossack partners, who performed services for clients specifically designed to conceal assets, and the names of the beneficial owners of corporations, will ever go to trial, because they also formed companies, and opened bank accounts, for many prominent Panamanian businessmen.
Posted by Kenneth Rijock at Saturday, August 05, 2017