ARE THERE OFAC VIOLATORS IN EAST CARIBBEAN CIP PROGRAMS ?


Most readers who are familiar with the story of the incarcerated Iranian oil sanctions violator, Alireza Monfared, as well as that of his OFAC-sanctioned partner, the condemned Iranian, Babak Zanjani, an OFAC Specially Designated National (SDN). Whether they will both be executed is anyone's guess.

There are other OFAC issues in the countries who offer CBI programs in the East Caribbean, which you may be aware of. American law prohibits its citizens from any transactions with individuals, entities, or other organizations that have been sanctioned, either by OFAC, or by Presidential Executive Order.  A fair number of West Indians are also citizens of the United States, and some are involved, in the nations of the East Caribbean, in CIP programs. 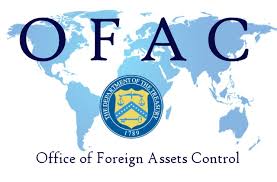 Some dual American-Caribbean nationals are developers, actually involved in the sale of economic citizenship; others may be participating in CIP sales. Given the huge amount of Iranian, and Syrian nationals know to have approached CIP consultancy firms around the world, it is probable that a number of such nationals ultimately purchased those prized CIP passports. We wonder whether many American citizens, working in the CIP industry, directly or indirectly, have committed OFAC violations ?
Posted by Kenneth Rijock at Monday, August 28, 2017