PANAMA'S EX-MINISTER OF THE ECONOMY & FINANCE HELD IN PREVENTIVE DETENTION 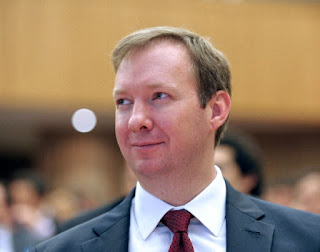 Panama's Anti-Corruption Prosecutor has ordered that Frank Georges de Lima Gercich, who was Minister for the Economy and Finance under President Ricardo Martinelli, be held in preventive detention indefinitely. It is believed that de Lima intended to leave the country, to evade the criminal charges pending against him since 2015.  The former minister allegedly participated in the diversion of funds involving the National Assistance Program (PAN); His attorney has publicly denied his involvement.

A number of former members of the Martinelli Cabinet, and other senior officials and businessmen implicated in several corruption matters, have engaged in flight to avoid prosecution; others have simply disappeared, and their current whereabouts are unknown to the authorities.
Posted by Kenneth Rijock at Tuesday, August 22, 2017