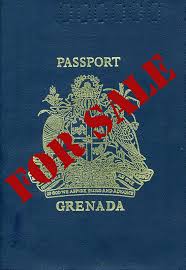 The story about the ordeal of a European businessman, who was told he would be provided with a diplomatic passport, for the small sum of one million dollars. and then never having received it, had to go to senior officials in Grenada to obtain a refund, has elicited comments on all sides. To respond to those who have inquired about whether there actually is evidence to support the facts, be advised that I have reviewed the emails, from and to governmental officials, at the highest level, in two Caribbean countries, documenting the sordid tale. I also received them from an additional, and official, source, thereby insuring their authenticity.

Publishing those letters would expose not only the victim,  by naming him, but also identify the original sources of the information, West Indians who were so outraged when they originally saw the evidence, that they shared it with this blog. I have no interest in exposing either of those informants, so that darker forces, who profit from illegal diplomatic passport schemes, or their highly-paid legal advisers, can attack or persecute them, but be assured: there is a factual basis for the story.

The United Nations, which adopted the Vienna Convention on Diplomatic Relations, needs to open an investigation on the member states that are selling these obscene, and completely illegal, diplomatic passports.