Nearly ten years after the United States requested that Antigua & Barbuda extradite the country's former banking regulator, Leroy King, to face criminal charges, in the massive Stanford International Bank billion dollar Ponzi scheme. Antiguan, and Eastern Caribbean, courts have since allowed bogus filings and appeals, and have intentionally ignored the rule of law, by playing musical chairs with the assigned judges, ignoring the case for months at a time, and in general played football with a case that could ultimately see a convicted King incriminate Antigua's most powerful family.

Three months ago, a definitive ruling was entered against King, and the United States sent representatives, to confer with Antiguan legal officials, but the Eastern Caribbean Supreme Court then, and without any established legal authority, allowed King's "dream team" of attorneys to file an appeal, on the same Constitutional grounds that have long ago been dismissed.

This appeal, during which repeated extensions of time, and delays, committed by the Court and the appellant, will take approximately two years, just to get to the point where it is ripe for a decision, which will then mean even more delays, demonstrates that, in the English-speaking East Caribbean, politics trumps the Rule of Law. Leroy King, the only major defendant who has not seen his case go to trial in US District Court in Texas, may never see an American courtroom. 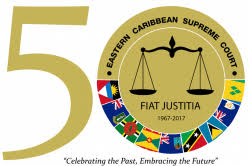 Attorneys for North American and European investors should consider this case, when advising their clients as to the potential risks involved in making significant investments in Antigua, for any legal dispute that arises, between their clients, and Antiguan authorities, or even its citizens, might not be settled, pursuant to the law, but for purely political considerations.
Posted by Kenneth Rijock at Sunday, August 06, 2017