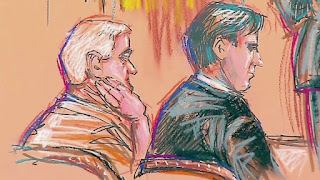 The Federal Judge assigned to Ricardo Martinelli's extradition has reversed himself, and vacated his prior order that transferred him from the downtown FDC facility, which primarily houses pre-trial inmates, to the Miami FCI, where convicted inmates serve out their sentences.

The US Attorney objected to the transfer order, and asked that it be set aside. The key filing, however was the final filing by Martinelli's attorneys, where they state that, if he will not be allowed to mix and mingle with the general prison population, they prefer that he stay at the FDC. It looks now like he just wanted to socialize with others. The Government did make the point that he would have better visiting accommodations with his attorneys at FDC, so his transfer request appeared to be a ploy.
Posted by Kenneth Rijock at Wednesday, August 16, 2017