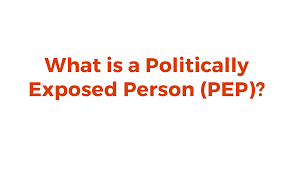 Politically Exposed Persons, more commonly referred to by compliance officers as PEPs, do not always fall into SPECIFIC categories. This presents a dilemma, for the failure to timely recognize that a high volume bank client is a PEP may result in the unwitting laundering of funds that are the proceeds of crime or of foreign corruption. Federal regulators may later impose a harsh penalty for what they regard as negligence, or even compliance malpractice.

The most common PEPs that international bankers generally encounter are:
(1) Senior officials of foreign governments, and their families.
(2) Military officers of field-grade rank or above, especially those involved in purchasing.
(3)  Leaders of charities, non-profit organizations, or government-owned companies, who will generally have access to the entity's funds.
(4)  Individuals who are closely linked to those in all the previous categories, through business, personal, or professional associations.

That being said there are many individuals who qualify as PEPs, but who are not readily identifiable as such, either because they do not fit in the traditional PEP categories, or they are intentionally concealing their PEP status, so that illicit wealth can be placed into the global financial structure, to begin its journey towards being scrubbed clean.

Some of these are prime examples:

(A) The "factory owner" from a country in the developing world. In truth and in fact, he is a colonel in his country's military, now well dressed in civilian clothes, and the manager of a government-owned facility that he is regularly stealing from.

(B) The married daughter of a corrupt PEP, who lives with her husband in a city far from her extended family, and whose surname is not known, nor is she connected in any way to her father. Furniture shipped to her, via a dummy company, contains his bulk cash she is charged with laundering overseas, through her design firm. There are no direct connections.

(C) A businessman who went to university, decades ago, with a general officer who has diverted millions of dollars from his army's weapons purchasing program, and has maintained a quiet, and extremely lucrative, friendship with him since then which is not known to the public.

Conventional investigative procedures do not often identify (A),(B) and (C) as PEPs, but Artificial Intelligence cognitive learning algorithms exist that can search the entire social sphere using a proprietary platform, and will find indirect relationships, even those that may be several degrees removed from the point of origin. It will consistently uncover hidden relationships that traditional investigative techniques often fail to reach, and display them in graphic format, to facilitate swift observation of the results.

Using this social media search tool, bank compliance officers can, with a high degree of certainty, learn whether any of their existing bank clients, as well as prospective customers, are Politically Exposed Persons. The ability of hidden PEPs to exploit the global financial system will be severely reduced, when they are exposed by a social media search system. 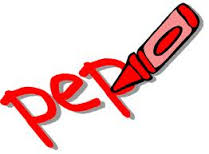