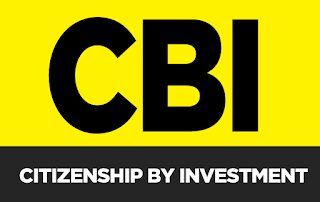 It is known as the law of Unintended Consequences; an individual takes certain action, which he understands will result in a positive event, but it also carries with it an unforeseen, and very negative, side effect. The acquisition of an economic passport, which most proponents insist on classifying nicely as citizenship-by-investment, for the purposes of putting a positive spin on the purchase of a nationality,  can increase individual risk, in ways that most CIP sales firms fail to detail, and can be dangerous.

There's a reason why advertisements for medicines always includ  caveats about undesirable possible side effects; they want educated consumers, not bruised clients who scurry to an attorney, and seek to file civil suits for damages, including punitive damages. do you wonder why CIP sales firms do not do the same ? It is because those disclosures would result in loss of sales.

(1) Companies that hawk the benefits of citizenship by investment second passports  rarely, if ever, warn applicants that holding such passports, even when they do not present them upon arrival at immigration & customs, might trigger secondary inspections, and even extended inquiries, in countries of the developing world, meaning North America & Europe. They might just know you have that St Kitts, Dominica, or Grenada passport, and wonder who you really might be, smuggler, terrorist financier, tax evader, or white collar criminal. You do not need that exposure.

(2) When you obtain a passport from a country that has a dark past, no matter how long ago, of facilitating international money money laundering, tax evasion, or even terrorist financing, you run the risk of being targeted, not for who who are, but who else used those passports, or that specific jurisdiction, for illegal purposes.

(3) Even though present CIP policies may involve adequate Due Diligence procedures on applicants, that was often not the case in the past. I have myself had personal experiences, in both St Kitts, as well as Dominica, regarding the witnessing of the ability of totally unsuitable applicants to obtain passports at will. Many countries, their banks, and more importantly, their law enforcement agencies, still distrust the Due Diligence of those CIP countries, and that can reflect upon new applicants, and law enforcement agencies have long memories.

(4) The fact that several individuals, engaged in ongoing criminal activities, and possessing both diplomatic passports, as well as CIP passports from certain jurisdictions, have run afoul of the law in many countries, and subsequently be arrested, also increases the risk of guilt by association.

(5) Sooner or later, your possession of one or more CIP passports will become known to the Western world's largest and best law enforcement agencies, as well as its intelligence services, which also raises your profile with them. Are you yourself suspected of being a foreign intelligence agent, or terrorist financier, solely because of the fact that your CIP passport is used by others, not as legitimate as you ?

(6) International pressure on CIP jurisdictions can result in the abrupt cancellation of your passport and/or citizenship rights, requiring you to reapply, disclose additional information, or become publicly known as a passport holder. You aren't going to get a refund, and the local courts are generally going to rule against foreign plaintiffs.

(7) Applicants from nations where either terrorist activities take place, or originate, particularly the Arab and Persian Middle East, receive additional scrutiny, when they attempt to use CIP passports to evade identification of their original nationality.

Unless you are willing to assume these risks, prudence requires that you steer clear of these enticing CIP passports, even if you come from a nation whose passports often invite secondary screening, baggage search, and even body searches. You are falling from the legal frying pan, into the fire.