WHEN DOMINICA'S CORRUPT PRIME MINISTER SOLD OUT ITS PETROLEUM PATRIMONY 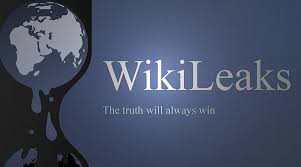 What you see below, courtesy of WikiLeaks, is a declassified US State Department cable, detailing the events surrounding the sellout of Dominica's rights to Bird Island, to Hugo Chavez and Venezuela. Before 2006, Dominica maintained that it had territorial rights to Bird, which is technically a reef, awash at high tide, and not an island. It is therefore part of Dominica's 200 mile, internationally recognized, Exclusive Economic Zone, and therefore not subject to any other nation's bogus territorial claim. The area is too far from Venezuela, to support any similar claim.

Venezuela's assertion, that it was awarded the "island" by Spain, has no legal basis; one cannot transfer or acquire the EEZ of another country; It is inviolate under the Law. Note well that the International Tribunal for the Law of the Sea, and the International Court of Justice, have rejected China's bogus claims to reefs and submerged land, in the South China Sea.

According to reliable sources, and if you read the cable below, Dominica's Prime Minister, Roosevelt Skerrit, abruptly, and without the authority of his nation's elected legislature, abandoned Dominica's longstanding claim to Bird Island. He reportedly personally received a bribe to take that action; the official version, that Venezuela agreed to fund construction in Dominica, is not the complete story.

Many experts believe that the region to the west of Dominica, which includes Bird Island, has a high probability that there will be deposits of petroleum, and natural gas, available to extract. This makes it, potentially, Dominica's most valuable natural resource.

How much did the corrupt PM take, to roll over and state that his country had no claim ? Is that part of the millions of dollars of bribe money that insiders say Skerrit has stashed away in Swiss banks ? We cannot say, but Dominica needs to reestablish its legal claim, to Bird Island, and recover it for the future of the country. 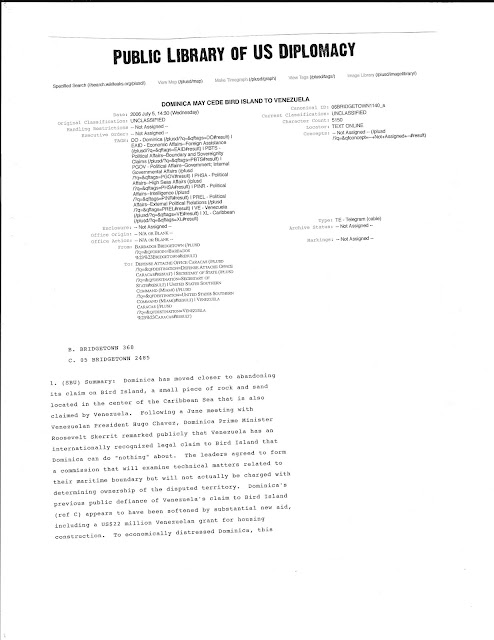 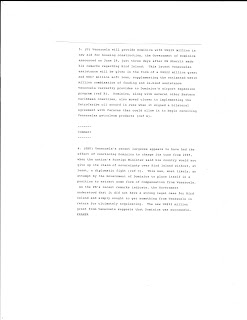 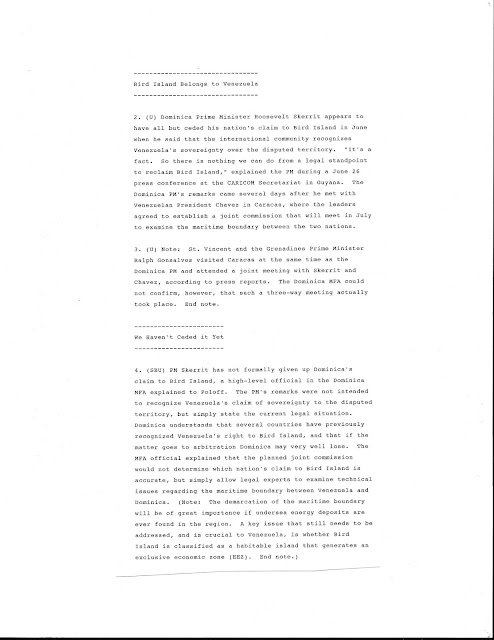