WILL VENEZUELA DESTABILISE WITHOUT CHAVEZ ? 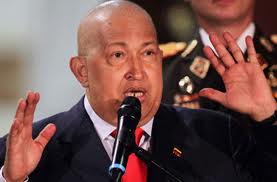 Venezuela's President, Hugo Chávez Frías, has returned today to Cuba, to undergo further treatment, and probable surgery, for the cancer that he has admitted he has. For the first time, Chávez, who missed an important conference in Latin America last week, for health reasons, has designated his successor, in the vent he becomes "incapacitated." That person is Nicolás Maduro Moros, who, as Vice President, is the next in line under Venezuelan law, should the president become unable to serve.

The problem, however, appears to be more severe than just a temporary role. Chavez, it is widely rumoured, will soon expire from his illness. Since neither Maduro, nor any other Venezuela leader, has anywhere near the charisma, and support, that Chávez has held since taking office in 1999, a power struggle, within or outside the law, may occur, with disastrous consequences for the already failing Venezuelan economy. 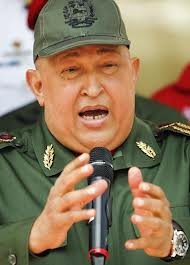 Should Chávez die, the Venezuelan army officer corps, the Opposition, the so-called Bolivarian Elite, and the large contingent of Cuban troops, officials and agents, all will be vying for control, and the financial damage could be massive. It is humbly suggested that, if you or your bank clients, are exposed in Venezuela, you seek immediately to reduce that exposure, ahead of any future chaos, which could occur in the short-term. 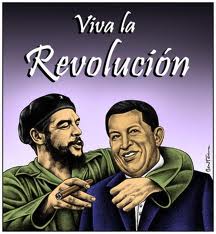 We shall be monitoring Cuban and Venezuelan media for news of Chavez' condition, and for any red flags indicating increased distress in the Venezuelan financial structure.
Posted by Kenneth Rijock at Sunday, December 09, 2012