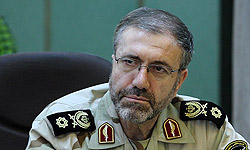 Iranian Border Guards Commander, General Hossein Zalfaqari, has announced that his officers seized more than 11,000 kilograms of narcotics from smugglers who had entered Southeastern Iran. It was reported to be the biggest drug seizure in the country's history. Note on the map below that the entry point from Pakistan is the first stop on the principal drug trafficking route through Iran. 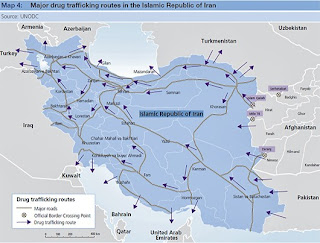 The drugs, which were reportedly coming from Pakistan, were transported in a camel caravan. Official Fars government news agency reports failed to identify the organisation which was moving the narcotics, or details of the Border Guards seizure, but a reliable source indicated that the group involved in the smuggling was Hezbollah, and that its agents sustained unspecified injuries in the incident. 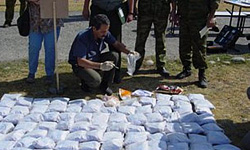 Whilst Hezbollah's narcotics trafficking activities in Latin America, and in Lebanon's Bekaa Valley are well-documented, this is the first report of the designated terrorist organisation's trafficking activities in Iran, which observes a zero-tolerance policy towards traffickers, and generally executes them forthwith. One wonders how Iran will deal with these drug smugglers, being that Hezbollah acts as its proxy in Lebanon, and on the frontier with Israel. 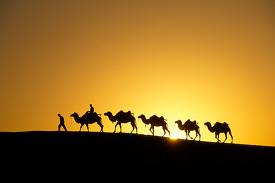