BISHOP/PONZI SCHEMER TO GET 40 YEAR SENTENCE FROM FEDERAL JUDGE 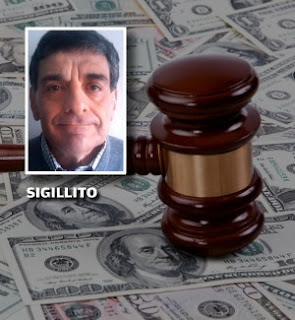 Martin Sigillito, an attorney and bishop in the American Anglican Church, is to be sentenced to 40 years in Federal Prison, according to a Sentencing Memorandum filed in his case* by the Chief Judge in the Eastern District of Missouri.

The defendant is alleged to have swindled investors out of $56m, in a fraudulent "British Lending Programme" scheme, which purported to return 17-48% on non-existent UK real estate loans to developers. His office generated fictional loan documents purportedly prepared and executed in the UK, to give investors a false sense of security. The fraud later fell apart, and his assistant reported him to the FBI when she realised that it was a Ponzi scheme.