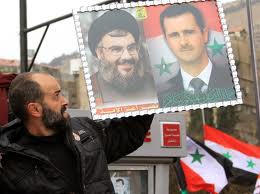 The appearance of foreign fighters, on the side of the sanctioned Government of Syria, presents increased sanctions risk for banks sending funds to the Middle East. Richard Engel, the Chief Foreign Correspondent of the NBC network, who was freed this week, together with two of his staff, has personally confirmed Hezbollah and Iranian troops are fighting in Syria, in support of the Assad regime. Engel, who was kidnapped at the frontier with Turkey, when his news team attempted to enter Syria, has offered disturbing details of the reasons for his capture.
Engel, and his fellow NBC journalists, were taken solely so that they could later be exchanged for Hezbollah and Iranian soldiers being held by the Free Syrian Army, the principal Syrian Opposition group. He was told this by the Syrian troops who captured him. In truth and in fact, they were reportedly on their way to being delivered, for such an exchange of prisoners, when they encountered  an Opposition roadblock, where the ensuing firefight resulted in their release, after which they returned to Turkey.

Whilst we have seen funerals, in Lebanon, of Hezbollah fighters killed in action in Syria, this independent account, by a respected journalist, confirms Hezbollah, and Iranian, involvement in the fighting in Syria. 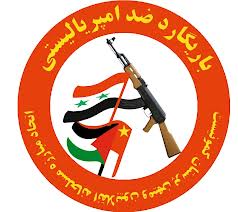 There are also confirmed reports of Palestinians fighting in support of the Assad regime, including the Palestinian Liberation Army, which has training facilities in Syria. Other sources indicate that Palestinians residing in Lebanon have also been recruited for fighting in Syria, on the government side.

Are Palestinian aid funds being diverted to Syria ? If so, how does one protect one's bank from facilitation of terrorist organisation charges in the future ?

(1)The traditional protection, obtaining a sworn statement from the Palestinian organisation that is the recipient, to the effect that it is the End user of these funds, and that it will not, under any circumstances, transfer the money to a sanctioned third party, is ineffective when dealing with radical groups.

(2) A more effective method would be to send a representative to the field, in the Palestinian Territories, to actually disburse the funds, where and as needed, rather than to trust Palestinian organisers and leaders to send it on to Syrian allies. Of course, that individual could himself be kidnapped by criminal or radical elements. 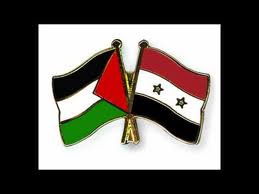 The better approach would be to have disbursement at the grass roots level, to the needy, and not to any supervisory group. Perhaps an existing NGO, already on the ground there, with trustworthy staff, might conduct the disbursement. Otherwise, consider terminating your programme, until the Syrian civil war is sorted. You do not want to run afoul of any Syrian sanctions in 2013.