IS SPAIN A CLEAR AND PRESENT DANGER TO GIBRALTAR ? 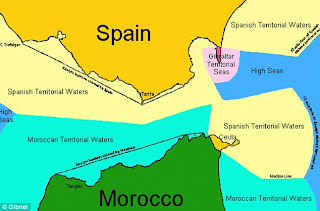 Recently declassified documents from 1982 have shown that then-UK Prime Minister Thatcher was concerned enough about Spain's intentions regarding Gibraltar to dispatch additional fighter aircraft to the British Overseas Territory, during the Falklands crisis. Is the current brouhaha about Spanish warships in Gibraltarian territorial waters much ado about nothing, or has Spain taken a look at Chinese moves in the South China and East China Seas, and decided that the time is ripe, because the UK is not considered ready to respond ?

Whilst this may sound like an academic exercise, the residents of Gibraltar are not amused, and officers at international banks who deal with financial services firms in Gibraltar would do well to remember what has happened to the former Portuguese territories of Goa. The disruption in ongoing matters that might occur if Spain took action on its claim to Gibraltar would be a nightmare, and when the inevitable tax authority is installed, it would spell the end of the territory as a financial centre, in my humble opinion. 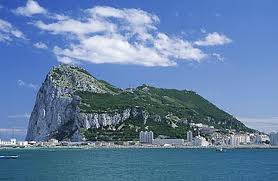 Though the possibility of such action may be low, that was the prevailing opinion regarding the Falklands before the invasion. Compliance officers at financial institutions with exposure, pending matters, or assets, in Gibraltar, would be well advised to remember that sometimes the unthinkable does occur, and to monitor the political, and military, situation accordingly. Whilst it is probably premature to consider raising Country Risk for Gibraltar, you need to keep an eye on unfolding developments.