ARE YOUR CUSTOMERS' DELIVERIES ENDING UP IN SYRIA ? 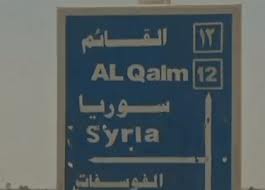 Vigilance is the order of the day regarding unwitting (or irresponsible) client violations of Syrian sanctions, due to transshipment through Iraq. Remember that Iraq abstained from Arab League sanctions upon Syria, as well as that organisation's suspension of membership of the Assad regime. Iraq dearly needs Syria's exports of foodstuffs, and as such can be depended upon to ignore the onward transfer, into Syria, of goods that the sellers honestly believed were destined for Iraq. The fact that Iraq is wallowing in systemic corruption only makes the matter worse, for bribes, and illicit compensation, often result in lost or destroyed records, and officials who profit from such shipments over the frontier.

It is suggested that, where your bank clients are engaged in exports to Iraq, that have increased substantially of late, that you, and they, jointly  them examine their history of trade to the customer, to determine whether the spike could represent drop shipment into Syria.

New client business, involving Iraq, also deserve a hard look. Whilst end user certificates are generally ineffective where sanctions are involved, you may wish to have an agent or independent representative enquire, inside Iraq, as to the ultimate destination of the subject goods. Remember also that some of them could be going to Iran, and you do not need that problem haunting you years later, and only discovered when US or EU law enforcement agents audit the client's accounts at your bank, looking into Syrian or Iranian shipments. 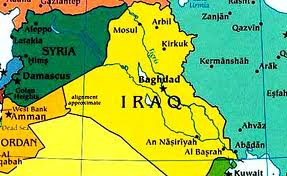