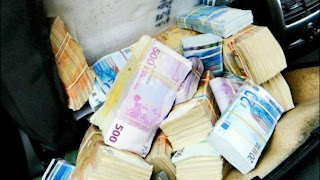 French authorities detained two Chinese nationals in a checkpoint at the national frontier, outside Strasbourg, in an Audi A6. Hidden inside the hard padding behind the front seats was €1.8m in notes of various denominations. 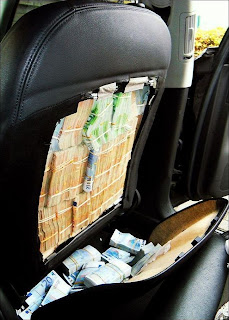 The individuals arrested had arrived in France from Portugal, where they reportedly resided, and were traveling onward to Austria. It was said that they arrived in Paris by air, but whether the bulk cash smugglers brought the money into France, or collected it there, is unknown. 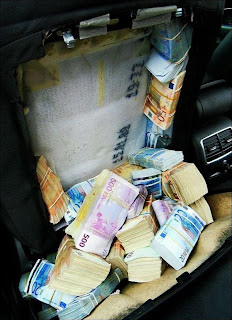 Was this a failed attempt to make a large cash deposit into one of the Austrian banks known to be assisting Iran in evading global sanctions ? We cannot say, but you can assume that border police agencies in the EU countries will take notice of this large cash seizure.