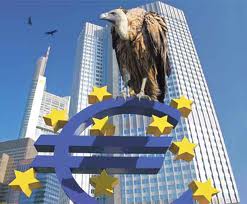 The recent high profile dispute, between the Governments of Argentina and Ghana, over a seized Argentinian sailing vessel detained in Ghana for defaulted Argentinian sovereign debt, brings to mind an issue that has been bothering me for years; are money launderers for narcotics criminals looking closely at what are commonly known as vulture funds ?

For those of you not familiar with the term, vulture funds is the negative term applied to investment companies who buy up distressed debt for pennies on the dollar, generally from developing countries and later attempt to collect the full amount of the debt. All of the indebtedness they purchase is in default, and considered noncollectable by the global investment community; there is only a small chance that any of it will ever be recovered.

The attraction is based upon the premise that the debtor, usually a sovereign nation, government agency, or other entity, will later improve its financial standing. Alternatively, and a darker aspect of
the business, is that the vulture fund's collection efforts will cause the debtor to settle the debt, just to rid itself of the inconvenience, time and trouble, caused by the fund's persistent efforts to collect at least a decent percentage of the debt. Vulture funds have comer under attack in recent years, either through legislation, or the refusal of some courts to enforce the debt instruments. but they remain viable in many jurisdictions.

If I was still in the money laundering business, and representing narcotics traffickers, I might be tempted to form a vulture fund of my own, provided that it was domiciled in an offshore tax haven that does not report to US and EU taxmen. I might just purchase a large interest in an existing vulture fund, through a nominee, or corporate entity.

Why, do you ask ? I doubt that my client's investment of narco-profits will be vetted in the offshore financial centre, especially if it is placed by one of the reputable law firms who routinely practise "don't ask-don't tell," when it comes to Source of Funds.  Of all the types of investors in the marketplace, criminal organisations, which enjoy astronomical profits, can best afford to gamble with some of their illicit wealth. Frankly, they can stand to lose all the investment better than anyone.

The payoff comes if the vulture fund scores a major success in collecting on the bad debts that it holds;  the client then receives a windfall profit, which he, or a front-man, can fully declare to the taxman,  the post-tax result being clean investment income, free to be placed in North America or Europe. My client may even be able to get out of the world of crime altogether, and operate its legitimate onshore businesses, with greatly reduced risk of arrest and conviction. 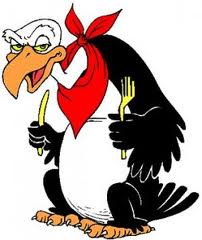 Do I know, from personal knowledge, that vulture funds are infested with criminal proceeds ? Obviously not, but adroit money launderers are always looking for Targets of Opportunity, field where dirty money can be washed, dried and neatly folded.