The eighteen Mexican bulk cash smugglers who attempted to move $9.2m through Nicaragua, posing as Televisa media journalists, en route to cover a criminal trial, have themselves been found guilty by a Nicaraguan judge. Their well-planned scheme was reportedly foiled when Nicaraguan authorities, acting upon a tip, detained, interrogated and searched them at the frontier.

The defendants, who have been convicted of money laundering, organised crime, and international transport of illegal substances, face a maximum sentence of fourteen years in a Nicaraguan prison, according to some calculations; other experts claim that they could get 30 years. Still unresolved is the fact that one of them was said to have made several calls to a senior Televisa executive, who denies any involvement. 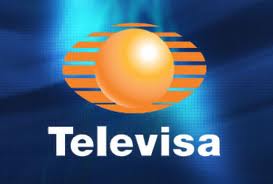 As money launderers become more adept at disguising their operations within legitimate commerce, identification of their complex schemes becomes ever more difficult. Today, more than ever, "skim milk masquerades as cream," when it comes to money laundering. Ever since Mexico severely restricted the ability of narcotics organisations to deposit US Dollars, these illicit profits have been traveling further south, in search of a friendly bank.

Sentencing has been scheduled for mid-January. Was their ultimate destination the banking centres of Panama City ? We cannot say, but the defendants' bold and well-executed plan might have succeeded, had Nicaraguan border authorities not had advance notice of their arrival.