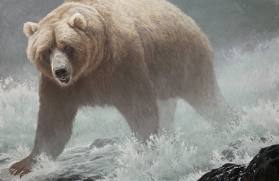 The Minister for Foreign Affairs of the Russian Federation, Sergey Lavrov, has stated, in remarks to Russia's Parliament, the Duma, that the prosecutors, and members of the judiciary, who were responsible for the extradition, arrest and conviction of suspected arms trafficker, Viktor Bout, should be sanctioned by Russia. Minister Sergey Lavrov made that statement after the United States Congress passed the Magnitsky Bill, which denies US visas to a short list of Russian Government officials, and members of the judiciary and law enforcement, who were responsible for human rights violations against Magnitsky, who attempted to blow the whistle  against systemic corruption in Russia.

Bout's Russian supporters in government prepared to retaliate in kind, by publishing a list of sanctions; Russia's own list of the individuals who extradited and returned Bout to face a US criminal trial.


Minister Lavrov was quoted as saying:

"Individuals who have been involved in the illegal kidnapping of Russian citizens, including Viktor Bout ... in Thailand ..., have been proposed to be included on the list."

Will the Duma enact such a law, and what will it do to the careers of the Americans who are believed to be on that list ?  Will their international travel be eventually restricted ? What if the work of these law enforcement officers and judges ends up into countries, in connection with  other cases . Will they be arrested and extradited ? Watch this blog for the answer.