DID HAMAS SUPPORT PROTESTS IN PANAMA ? 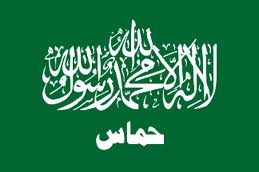 This week, The President of the Republic of Panama, Ricardo Martinelli,  in a blunt and direct statement, accused Hamas of being behind the recent civil protests in the city of Colón. Specifically, he blamed Palestinian businessman allied with Hamas as responsible for financially supporting the rioting in Colón.

Before you dismiss his allegation out of hand as the posturing of a politician seeking re-election, note well the following:

(1) Hamas financiers, fundraisers and money launderers are all known to practise their covert professions in Panama. Panama and the Hamas-controlled territory of Gaza happen have something important in common: the United States Dollar. This facilitates the movement of criminal proceeds, earned by Hamas in Latin America, to the Hamas leadership in Gaza.

(2) Panama was the only Latin American nation to vote against the United Nations resolution to upgrade the delegation of Palestine to non-member status recently. This was not an accident.

(3) Hamas representatives and agents enjoy a safe haven in Venezuela, and inasmuch as the preferred offshore financial centre of Venezuelan narco-traffickers, and corrupt Venezuelan Politically Exposed Persons [PEPs], is Panama, one must assume that Hamas funds destined for the Middle East are bulk cash smuggled into Panama through the same pipelines operated by Venezuelans.