Two Lebanese nationals, engaged in attempted bulk cash smuggling from Nigeria to Lebanon, have been convicted of money laundering by the Federal High Court in Lagos. The defendants, Talal Hammoud and Hassan Rmaiti, were arrested when they attempted to depart Murtala Muhammed International  Airport with over $2m in currency, without reporting it to authorities. They both entered pleas of guilty to the charges.

Their conviction was announced by Nigeria's Economic & Financial Crimes Commission (EFCC). Airport authorities have been interdicting larger numbers of bulk cash smugglers attempting to leave Nigeria of late, bound for the Middle East. Arrests for money laundering are increasing in the country, a positive note in a nation with rampant corruption amongst Politically Exposed Persons (PEPs), who often seek to place their ill-gotten gains overseas. 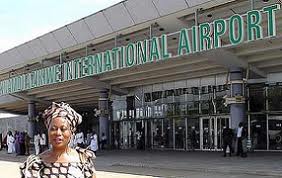