The Republic of Panama, which technically has no standing army, only a border security force, has reportedly spent a total of $500m on military equipment, arms and ammunition and assorted gear. It is also rumoured that it will be spending $12m on communications equipment alone, Given the conduct of its "border guards" during the recent disturbances in Colón, I am wondering whether the country is traveling down the slippery slope towards a dictatorship, a la Venezuela, with fixed elections, and a large military to back up the strongman in power. That will have an adverse effect on foreign investment, which would increase Country Risk.

If you think that this may be an overreaction on my part, consider this: As of 1 January, the Panamanian military will be in control of the international airport, presently under civilian control. Whenever one sees soldiers brandishing rifles at an airport, one wonders whether the military is checking passenger flight manifests and cargo arrivals. If the government does not want the public to know about arriving cargo being quietly spirited into the country, including narcotics and money, it merely has to restrict access to a portion of the field to civilians. That is exactly what occurs in Venezuela, when cargo and/or passengers arrive from Iran. Now do you understand my concerns ? 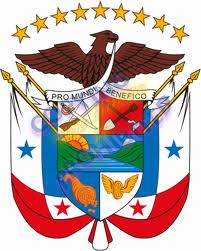 Panama's economy does not need another Noriega, even if he is elected by popular vote, for the boom that is now continuing would contract, if foreign investors and businessmen lose confidence in the government. That would cause Country Risk to climb. Frankly, there is no need for a large standing army, for Panama faces no enemy on either its land frontiers, or at sea.