SANCTIONED AL-NUSRA FRONT IS ALIAS OF AL-QEADA IN IRAQ 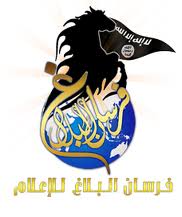 The Treasury Department, as predicted last week*, has now designated the radical Islamic Syrian Opposition group as a terrorist organisation, but there is more to the story than that. Al-Nusra reportedly employs the exact same strategies, tactics and philosophy as Al-Qaeda in Iraq, and the conclusion is that it is the very same group, using another name; AQI today, Al-Nusra tomorrow.