WHO IS INVESTIGATING CORRUPTION AT THE MALTA PLANNING AUTHORITY ? 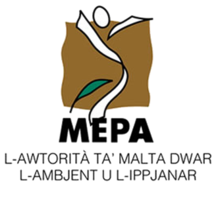 A major criminal investigation of the payment of bribes and kickbacks to present and former members of the Malta Environment and Planning Authority (MEPA) appears to have picked up steam. Some of our sources have reported that multiple interviews have been conducted, and we must assume that immunity from prosecution has been offered, in exchange for testimony against certain major offenders.

We do not know who the investigating agency is, but it is assumed that it is from either from the United Kingdom or the United States.This means that either the US Foreign Corrupt Practices Act (FCPA) or the UK Bribery Act is at issue. The cases appear to revolve around the illegal evasion of Environmental issues, the avoidance of Development Planning requirements, and the removal of historical structure barriers to alteration.

It is common knowledge among local bankers that there is money laundering on an industrial scale, via mega construction projects. Construction is financed by shell companies domiciled in Dubai, UAE, The British Virgin Islands (BVI) and the Marshall islands.

We have refrained from disclosing the existence of the investigation, but now that we understand the Persons of Interest have become aware, we feel that the public has the right to know.