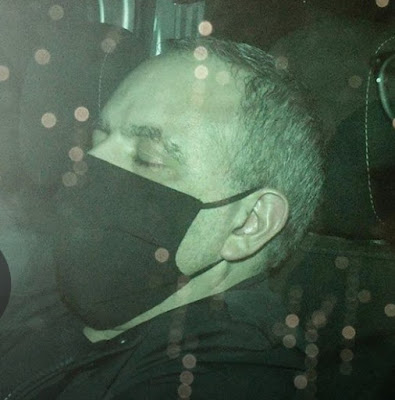 The Mighty have Fallen: Keith Schembri sleeping in the prison van

Keith Schembri, who was the Chief of Staff to former Malta Prime Minister Joseph Muscat was arraigned  and accused of money laundering, fraud and corruption, in a case involving his payment of €650,000 in bribes, to an Allied Group newspaper executive. Ten others have been charged:

VINCENT BUHAGIAR, former director of Allied Group; he was the only one granted bail

ADRIAN HILLMAN, former director of the Allied Group, and the alleged recipient of the bribes,; he is in the UK and not in custody.

We note that Schembri, who was also charged with forgery, was denied bail and taken to a correctional facility.