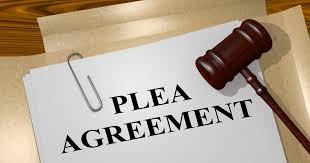 Last week, Federal prosecutors in a Miami case closely linked to the Malta money laundering investigation came down hard on a Colombian-American laundryman who had pled guilty, for failing to fully cooperate with the authorities, which demonstrates the zeal with which the prosecution is pursuing its targeted money launderers in the PDVSA cases. The case should be an abject lesson in the serious consequences that occur when a defendant does not completely disgorge his criminal profits, as promised. The Malta targets are not exactly known for being honest and forthright, which comes from living in a culture of deceit and corruption.

When Gustavo Hernandez Fieri, an investment executive who is the cooperating defendant, and is a lawyer named in the Matthias Krull case, which involves $1.2bn that was laundered through Miami and Malta, failed to deliver possession of a luxury residence and other assets, the US Attorney last week notified the Court of his default. He could now, instead of the couple of years he anticipated doing, be sentenced to the maximum, ten years of imprisonment. There is never a good outcome when defendants attempt to outfox the Government, and retain assets.

The lesson for the Malta money laundering targets is simple; the Government will not put up with any misconduct when it cuts a deal for any of the defendant/money launderers in these high-profile cases. If any of them choose to cooperate, should they try to cheat, and hold on to the proceeds of their crimes, it will not go well for them. In this case, his stunts will probably cost Fieri several more years of incarceration. We trust that the lesson has been absorbed by those who may choose to cooperate in the future.