THE WHISTLEBLOWER COMMENTS ON THE POSSIBLE REOPENING OF THE EGRANT INQUIRY 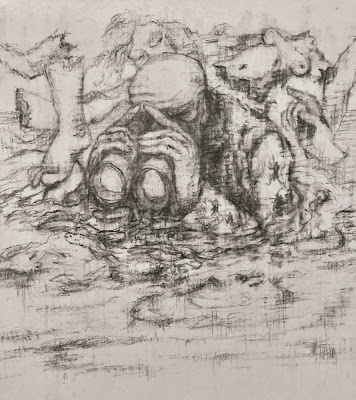 If you were agitated after reading Joseph Muscat's brusque dismissal of the potential reopening of the Egrant inquiry, laced with both political invective and a dramatic statement of his own alleged pain as a victim of an unjust crusade against him, you were not alone. JM is arguing that Egrant was an attempted frame-up, against him and his family. If he thinks that, then by reopening the Egrant inquiry, he can clear his name.

Maria Efimova, the Conscience of Malta, has her own take on the call to return to the Egrant matter.

As is our custom, all her statements are verbatim quotes, without editing or alteration:

1. On the appearance of a call to return to the investigation, "Great News ! I hope the inquiry will be reopened and I will be relieved from those ridiculous perjury charges. "

3. Concerning Portelli's sins, "Pierre Portelli, who apparently was working for Yorgen Fenech, gave to the Magistrate the 'forged' documents. And then the forensics confirmed the signatures were falsified."

4. She calls out the fraud, "If Portelli got those forged documents from Nexia BT, then it becomes clear that Ian Abdilla 'didn't find' Pilatus' second operation system, Aaron Bugeja 'couldn't summon' two key witnesses (Dina Stancovic and Linet Estiroti) I told him about, and Forensics were intentionally given the forged documents".

5. And of course the threat, "I was 'advised' not to dare giving the Magistrate the evidence I have, because I would have been immediately charged."

6. On Muscat's accusations, "Muscat says that I am still overseas. True it is because I am overseas that I am still alive. In June 2017, I strongly recommended Daphne to leave Malta, too but unfortunately, she stayed."