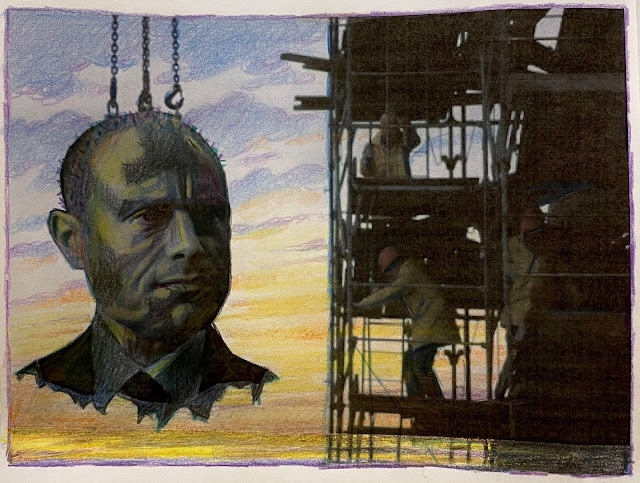 Taking out the Trash  by COSIMO

It seems that the music's not only over for Joseph Muscat, but indeed the entire Malta Labour Party, a racketeering operation masquerading as a political party. It is time for Muscat to consult with American defence counsel, and seek to enter a plea. Otherwise, he's looking at the functional equivalent of a Life Sentence without the Possibility of Parole. ( Parole has been abolished in the Federal Courts).

He also needs to engage one of those services that prepares defendants for Federal Prison; since he was never in the military or police, he is simply not prepared for being placed in a strict institutional setting. How will he adjust without adequate preparation ? He also has what we refer to as Special Circumstances, meaning his personal orientation, and that needs to be addressed.

Finally, as a Roman Catholic involved in a number of crimes, including Homicide, he needs to not only attend Confession, but he needs spiritual guidance, lest he contemplate taking extreme measures. As the song says, he must "cancel [his] subscription to the Resurrection, as [they] send his credentials to the House of Detention." Muscat's personal End of Days is coming. He had best get ready.