HOW MANY TIMES DID MUSCAT RECEIVE KICKBACKS FROM HIS PARTNERS IN CRIME IN MALTA ? 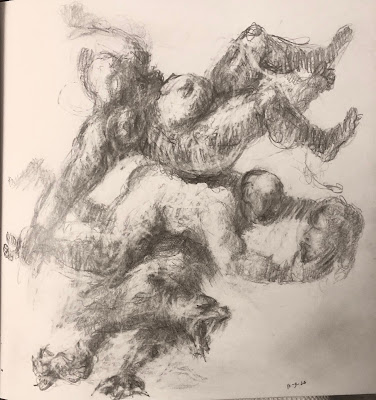 While there has been much made of the evidence proving that kickbacks were paid out to Keith Schembri & Konrad Mizzi, causing their resignations (but not convictions, in Malta's fundamentally corrupt judicial system), most media articles are pointedly ignoring the eight hundred pound elephant in the room, namely former Prime Minister Joseph Muscat, the central player in this sordid scandal.

To fully understand Muscat's power, you must first be familiar with the culture of organized crime, which most certainly is essential to A comprehension of precisely what went on, and continues to occur, in  Malta's corrupt government each day. While most of Malta's media has shied away from spelling it out, their readers deserve to know the brutal truth.

As in any organized crime, or racketeering, family, the titular head, in this case Muscat, is always entitled to a portion of any criminal profit earned by his subordinates. Known sometimes as "a Taste." it means that all the individuals whom the leader outranks must remit, timely, part of the proceeds of their crimes, whether they like it or not, even if it severely cuts into their profit margin.

Therefore, whatever bribes & kickbacks that Schembri or Mizzi, or any other member of Muscat's criminal crew, received, a segment would be remitted to him, generally through some untraceable method, This means, cash, instruments of value that can be held without disclosing the owner, barter, or other alternative payment, to insulate the recipient from any possible investigative finding of ownership.

How much Joseph Muscat received from his gang members is a mystery, but it was certainly substantial and its remains ongoing, as he has not been removed from  power, nor has he taken himself out of the kingpin position. No wonder some observers believe he ha €300m socked away, awaiting the time when he can quietly access it.