Authorities in Guatemala have seized a private aircraft that flew in from Panama, reportedly carrying the wife of former Panamanian President Ricardo Martinelli Berrocal, and a wife of one of his sons, who were seeking to free Martinelli's two sons, being held while they fight extradition to the United States. Confidential sources have indicated that the seizure of the aircraft was carried out on the orders of the United States.

LUIS ENRIQUE MARTINELLI and RICARDO ALBERTO MARTINELLI, who face Money Laundering Conspiracy charges in the Eastern District of New York, are in custody in Guatemala since 2020, based upon an INTERPOL warrant issued by the US. They are being held in the Mariscal Zavala military prison, in Guatemala City. 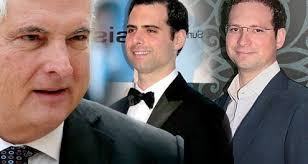 Ricardo Martinelli and his sons,  Luis and Ricardo Alberto.

They are accused of receiving $28m in bribes and kickbacks from the Brazilian construction company ODEBRECHT, to be funneled to their father, so that the company would receive lucrative construction contracts in the Republic of Panama.

According to nonpublic sources in Panama, the bizjet seized, N799RM, contained cash that was allegedly intended to be used to bribe government officials, to accomplish their illegal release, after which they were to be flown to Panama, whose laws forbid extradition of Panamanian nationals. The brothers were previously arrested in Miami for immigration violations, and released upon $1m bail each. They later absconded. 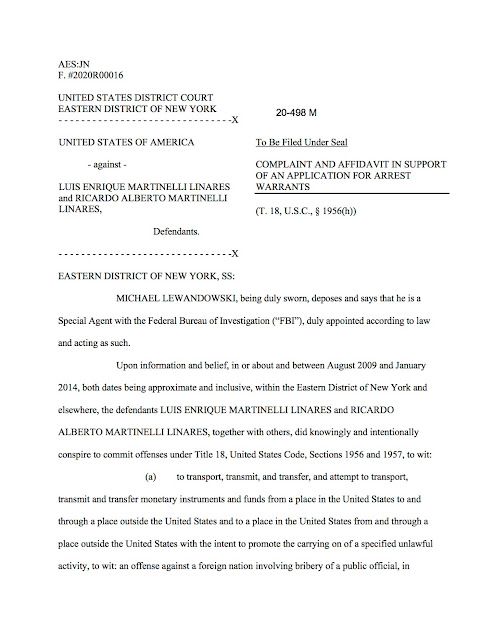