TO RID ITSELF OF FINANCIAL CRIME, MALTA MUST ABANDON BOTH ITS UNSAVOURY PAST AND ITS CRIMINAL PRESENT 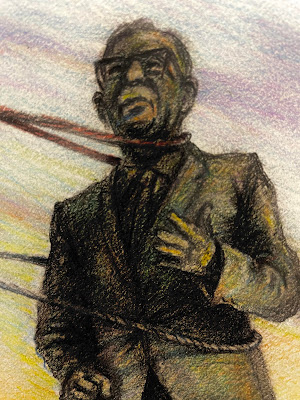 The Process Begins  by COSIMO

Today, we are virtually pulling down the statue of Dom Mintoff, to save Malta from itself. The Members of the European Union are democracies, and Malta today is the dictatorship of the Labour Party, which had lofty aims, but has now degenerated into a racketeering organization. Its roots trace directly back to its founding leader, Dom Mintoff whose Socialism strayed far past its initial premise, into radicalism, resulting in friendship with Communists and dictators galore, and an orientation of pseudo-neutrality which was, in truth and in fact, an alliance with dark, non-democratic forces. Crime flourishes in dictatorships when it is convenient for them to close their eyes.

Mintoff adopted many of the tactics employed by the Soviet Union, and as a result, many Maltese patriots reluctantly became expats. His goon squads emulated what Russia was doing in captive Eastern Europe, behind the Iron Curtain. He was no saint, and his legacy should not be preserved. Neither China nor Russia are models which Malta should seek to emulate, for the liberty of its people. 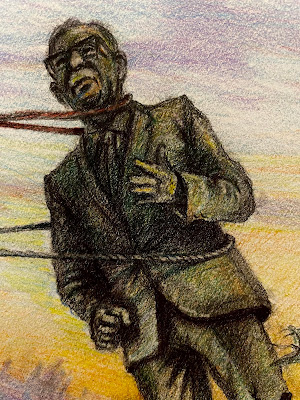 In motion  by COSIMO

Fortunately, cooler heads prevailed in Malta, and it became a Member of the EU, in no small part thanks to the Roman Catholic Church, But Mintoff's successors in Labour were infected with the likes of Joseph Muscat and his brethren, whose corruption has taken the soul of the country, and turned it into a criminal enterprise. Crime suppression can, and must, be the first priority in 2021.

If Malta is to be crime-free, then it must return to democracy, and for that reason the corrupt Labour Party must be dissolved; any incorruptible party members should be encouraged to form a new Reform Party. The Nationalist Party,needs competition, Western-oriented as it is. We suggest that the Constitution Party  should be resurrected, as its ideals are more in line with the better aspects of Malta's past than Labour's ever was. 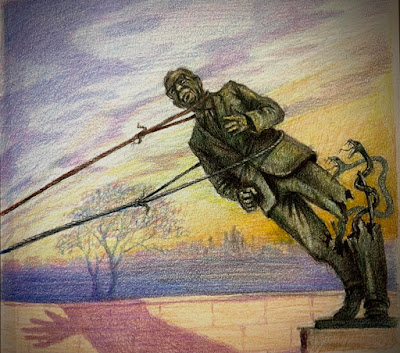 Free at Last  by COSIMO

Unless Malta wants to continue to be known as the Bad Boy of the European Union, belonging more in the Middle East than Europe politically, it must begin to face to the West, which means democracy. Otherwise, we fear for its uncertain future, in the gunsights of the EU, UK and US, and the clock's definitely ticking.