TROUBLE IN PARADISE: MALTA'S PRIME MINISTER FEARS RETRIBUTION FROM HIS CHIEF OF STAFF 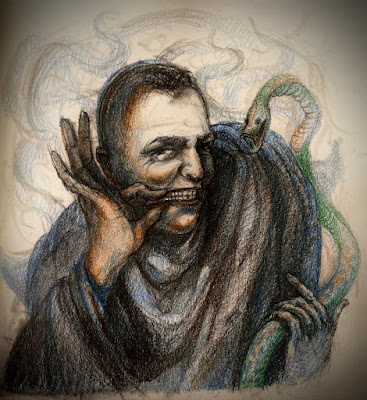 There's interesting news regarding disgraced former Maltese Prime Minister Joseph Muscat. A source inside the Muscat camp has disclosed that Muscat is keeping an extremely low profile of late, as events are overtaking his former Chief of Staff, Keith Schembri , and he has a very well-placed fear that KS may seek to do him physical harm. Apparently, Schembri believes that Muscat betrayed him, by failing to insure that he will never be prosecuted  in Malta for certain acts.

Now, with the law closing in, Muscat is afraid that Schembri, who not only knows a carload of damaging facts about Muscat's extensive criminal misconduct, but who could visit physical harm upon him, by simply ordering the Malta Security Services (MSS), which he unofficially commands, to hurt him.

While Muscat has taken the appropriate security precautions, he is familiar with the tactics of the MSS, and its sordid history, and anticipates that he will be targeted by the organization, with fatal results. Our readers are familiar with the revenge killing of the individual who saw a minister in a bordello in Germany; that individual was later tortured and murdered, but had a certain appendage removed prior to his death, and Muscat is reportedly living in fear.

Also for obvious reasons, Muscat is nervous about any automobile travel, given Malta's dark history with car bombings, including one very close to home. Perhaps he should remain at home, in an overabundance of caution.