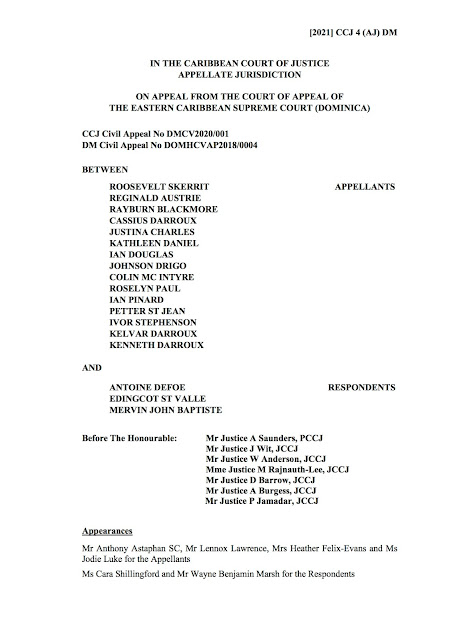 The Caribbean Court of Justice has dismissed an appeal by Dominica's Prime Minister Roosevelt Skerrit, and other government officials, who sought to cancel summonses, issued by a Magistrate Judge, compelling their appearance on charges of Treating. The case represent a major blow to Dominica's Labour Party, which has ruled the country with an iron hand for a generation, denied Dominicans the Right of Peaceable Assembly, violated their Civil Rights, committed unlawful arrests, maintained a paramilitary secret police component, and turned Dominica into a de facto dictatorship, Caribbean style. 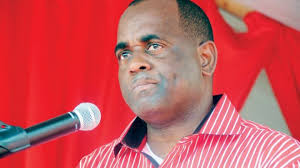 Treating, for those who are not familiar with that term, is  a criminal act involving the illegal provision of financial benefits, such as food, drinks and entertainment, to a voter, with the corrupt aim of influencing that individual's vote. Voters in Dominica have been bought off with free international air travel, job offers, cash in hand, and various items delivered to voters, to insure they vote for Labour and Skerrit in each election.

Readers who wish to review the complete text of the Judgment can access it  on the CCJ website here.

Whether this decision is the shape of things to come in the Commonwealth of Dominica remains to be seen, though persistent rumours of impending money laundering indictments of its senior leaders in the United States in 2021 have put the Labour Government on edge of late. Indications that Skerrit was under criminal investigation in the US have been verified.

We shall be monitoring the developing situation in the United States, and report the filing of any relevant indictments forthwith.