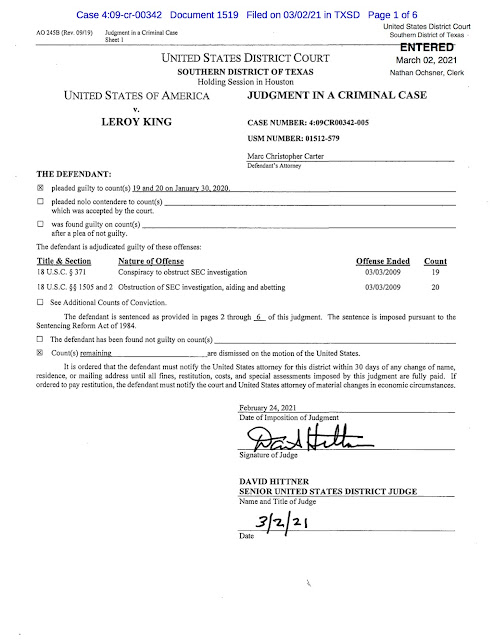 Leroy King, Antigua's lead financial regulatory authority executive, has filed a Notice of Appeal from the 120-month sentence imposed by a US District Judge in the Stanford International Bank case. King had entered a guilty plea to a pair of Obstruction of Justice counts, avoiding a potential Life Sentence had he chosen to go to trial, but he appears to have received the maximum sentence from the Court.

He is believed to have cooperated with US law enforcement agencies, but it is not known which present or former Antigua and Dominica government officials and PEPs he has implicated. He is known to be seriously ill, and is not thought to be able to survive his sentence. Whether he will live to testify is a open question. 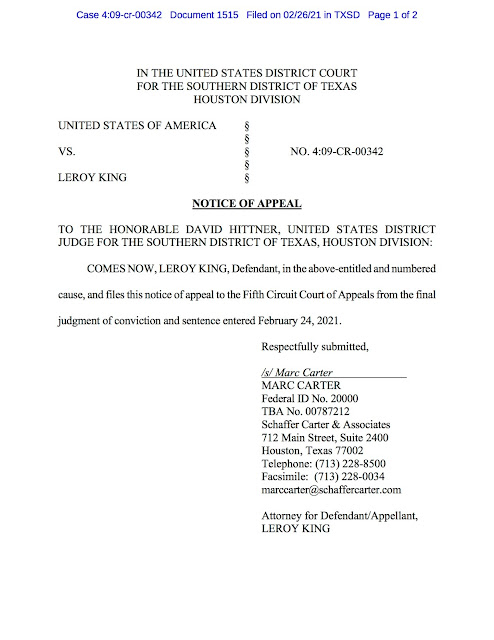