RUMOURS ABOUND IN MALTA: JOSEPH MUSCAT WILL SOON BE CHARGED WITH CORRUPTION 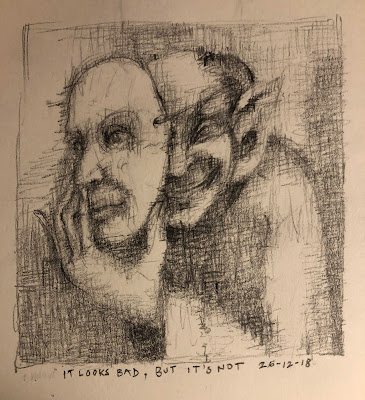 Reliable sources from within the Republic of Malta are confirming that most legal observers believe that Joseph Muscat, the country's disgraced former Prime Minister will soon be the subject of criminal charges, related to his receipt of bribes or kickbacks received whilst in office between 2013 and 2019. Although it has been thought that Muscat, who is, notwithstanding his forced resignation, the titular leader of the ruling Labour Party was politically bulletproof, recent public pressure upon the sitting PM, Robert Abela,  to take action has increased exponentially, resulting in a change in Muscat's exposure.

The recent disclosure of Chinese involvement in corruption, at the highest level, has added to the pressure upon Abela, who came out this week and stated that Muscat was not longer in the government, and the investigations presently pending could lead to anyone. Abela, whose poor job performance has led to an erosion of public confidence in his ability to stay on the job, may be forced to give up his former client, Muscat, whom he advised in the previous administration, to save himself.

Of course, there are also those in Malta who believe that the filing of criminal charges are merely a ploy to keep Muscat from being extradited to the United States, to face what are believed to be sealed money laundering and FCPA charges against him, and that theory cannot be discounted. Those who subscribe to that theory say that Muscat will never go to trial in any case filed against him in Malta, due to the country's utterly corrupt judicial system, where cases linger for years, and are then dismissed, often on procedural grounds, out of the public eye.

We shall continue to monitor all developments, and bring them to our readers, as they occur.