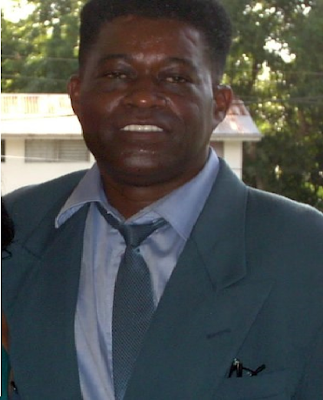 Honest, hard-working Americans, Canadian, British and European Union citizens dream of owning a piece of paradise for their retirement. Many look at the beautiful island of St. Lucia to make that dream come true. Unfortunately, most of the would-be owners of a nice plot of land in paradise fail to do their homework on the textbook scams that await them on this crime-ridden Caribbean rock.

The fact that numerous media publications are reporting on Saint Lucia's crimes against foreigners visiting that island on vacation should give second thoughts of ever investing their hard-earned money to purchase land there, since the properties offered to them are stolen and acquired by the sellers through forgery, embezzlement intimidation, bullying and death threats made to the actual owners. The British Foreign Office Travel Advisory on St. Lucia  warns tourists that while most visits to the island are "trouble free... there have been incidents of crime, including murder, armed robbery and sexual assault."

Over the years, the stories of fraud being told in the United States, Canada, the UK and the EU countries,   are very consistent with those of foreigners being swindled by land thieves. Among one victim of such fraud was a daughter of a retired British Intelligence Officer. After numerous attempts to get the local police to investigate, arrest and prosecute the land thieves who swindled his daughter, the former MI-6 officer reached out to his counterparts in Canada and the United States, whose citizens had suffered the same fate, and formed an unofficial fact-finding team to investigate the criminals.

Two teams of four individuals each quietly arrived on the island and set up shop to gather intelligence on how the criminals operate, under the protection of the Royal St. Lucia Police and Security Forces, as well as government ministers. Implementing their highly sensitive electronic surveillance skills, the investigators uncovered very disturbing information, including the fact that the head of the Government of St. Lucia was involved in protecting the criminals' fraudulent conduct.

Within thirty days on the island, the investigation led directly to the notorious and unscrupulous Peter Leroy John, of the village of Babonneau, one of the major land thieves, and the criminal mastermind of St. Lucia. Mr. John, while projecting legitimate wealth, including showing off his nice home, and maintaining an upscale lifestyle, in truth and in fact is heavily involved in child pornography, gun running, sex and drug trafficking, land theft and land sale scams.

More importantly, Mr. John also traffics in counterfeit birth certificates, operates his own Citizenship by Investment (CBI) passport program, selling on the black market to Venezuelans, South American drug trafficking kingpins, and probable Middle Eastern terrorists, all of whom can afford to pay his inflated prices. It should be duly noted that, in all of Mr. John's land sales, all their individuals that he claims have sold him the properties are either long since been deceased, or absent from the island for decades. Many admit that they have never signed a deed to John. To successfully carry out his unchecked fraud, John has recruited officials at Land Records, Birth Records, and Passport Services, all of whom assist with his criminal mandate. 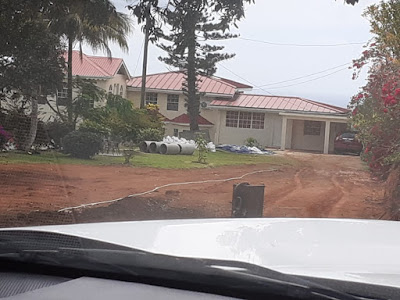 During numerous telephone intercepts, Mr. John can be heard dropping the names of high-ranking police officials, two government ministers, and officials in the Prime Minister's Office, to his business associates. One government minister specifically mentioned by John is his collaborator and protector, Guy Joseph, a known fixer on the island,  who has been on US Department of Justice radar for a number of FCPA violations, in an ongoing investigation reportedly involving Antonio Assenza of Miami, according to stories in the Miami Herald. Mr. John was also overheard mentioning the names of relatives who are lawyers, and members of the St. Lucia judiciary, all of who are complicit in his massive land theft scheme. 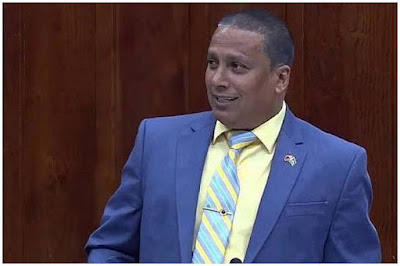 John is also a known Identity Thief; He is believed to have used the identities of American and Canadian citizens to conduct illicit business, including credit card fraud. Most of the identities and financial information was obtained for him by resort hotel clerks when checking in tourists.

In fact, in 2014, the Government of  St. Lucia, under Dr. Kenny Anthony, requested legal assistance from the United States, regarding a criminal investigation into Guy Joseph's suspected bribery in the airport redevelopment project. Joseph was himself quoted as saying "It's hard to be Honest in St. Lucia."

The online whistleblower Offshore Alert released documents, which purportedly originated from the Attorney General's Chambers in St. Lucia, and directed to the United States Government, requesting assistance with an alleged criminal investigation into American businessman Antonio Assenza, and Guy Joseph.

The investigators were also able to discover that Peter Leroy John and his criminal associates were responsible for the murder of British Citizen and hotelier Oliver Gobat, while St. Lucia Police continue to mislead the public by believing the murder to be a cold case. For reason or reasons unknown, the police never attempted to use electronic means to triangulate all cell phone number signals which registered in the cell towers in the vicinity, the night Gobat was brutally murdered.  Oliver Gobat, whose body was found in St. Lucia may have been in Money Laundering Scheme .

It is very important to note that The Royal Saint Lucia Police Force  has been accused, largely by prominent figures then in the Opposition Party ( St. Lucia Labour Party), of keeping death lists, and carrying out extrajudicial killings of suspected criminals, in an attempt to make St. Lucia more attractive to tourists. Currently, Security Forces are sanctioned, pursuant to the Leahy Law.

It is not known why Peter Leroy John was not named in the indictment and arrested when Assistant United States Attorney Jennifer Arbittier Williams announced, on September 23, 2020, that Thomas Harris, Jr., 27, of Croydon, PA, was arrested and charged by indictment with multiple firearms trafficking offenses, stemming from his scheme to sell approximately forty firearms to a buyer on the island of St. Lucia. Bucks County Man Indicted for Trafficking Firearms to St. Lucia.

By all accounts, Saint Lucia Prime Minister Allen Chastanet is linked to the level of crime and murder which is the order of the day on the island. This same corrupt prime minister told his constituents in 2017 that there is no criminal investigation pending into Economic Development Minister Guy Joseph. Chastanet has been known to boast to uninformed St Lucians that he is well connected to the United States Embassy in  Bridgetown, Barbados, and has access to US Department of Justice, as well as other, government databases, in order to access classified information. 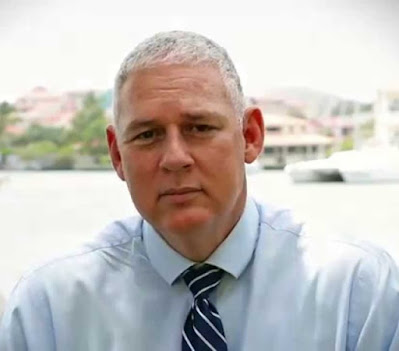 Mr. Chastanet, as prime minister, can show the international community that he is serious about stopping the land thieves by simply ordering an effective audit into all land transactions involving Peter Leroy John, and his associates, from 1998 to the present. Mr. Chastanet also should set up a Due Diligence system, and with it check all applicants, prior to the issuance of£ CBI passports.

Kindly stay tuned for Part Two of this article, which will identify by name the Police and Government  officials involved in the protection of Peter Leroy John.