President Ricardo Martinelli has been in Europe for the past ten days, and in his absence, the calls for his resignation have grown, most notably from a newly-formed opposition coalition, known as United for Democracy. Rumours abound that Martinelli is attempting to prevent Italian prosecutors from indicting him in a major corruption case involving bribes from the government-owned helicopter company that sought to sell rotary wing aircraft to the Government of Panama. He is believed to have large bank accounts in the Italian-speaking region of Switzerland. Is he negotiating a mega-fine in lieu of prison time ? 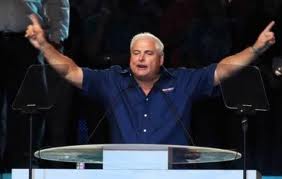 There are additional issues of major concern:

(1) Martinelli has appointed additional justices to the Supreme Court of Panama, in essence "packing" the Court with individuals who support him. This act has been opposed by a large number of Panamanians, including the country's Vice President, who argue that such an act is improper, and utterly  illegal.

(2) Martinelli's extensive financial relationship with imprisoned Colombian Ponzi schemer, David Murcia Guzmán, continues to concern Panamanians. Whether he will be ultimately indicted for money laundering in the United States, in connection with his dealings with Murcia, who is reportedly cooperating with US law enforcement, remains an open question in the minds of many.

(3) Martinelli's multiple business partnerships with American businessman, Gary Lundgren, against whom criminal charges are pending in Panama, is another potential problem.  Lundgren, who is also linked to Murcia, is deeply involved in businesses with Martinelli, and his sons, in several Panamanian corporations allegedly involved in illicit activities, and reportedly owns an interest in Martinelli's Global Bank.

(4)  Freedom of the Press appears to be in danger in Panama. Martinelli has officially barred a number of international journalists from entering Panama, and he has sought to intimidate local periodistas  whose articles are critical of Martinelli. 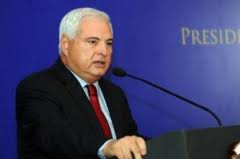 The United States Government has reportedly posted additional agents to its Embassy, which shows that it is very concerned about the political situation in Panama.

Will there be a political changing of the guard in Panama City ? Stay tuned. 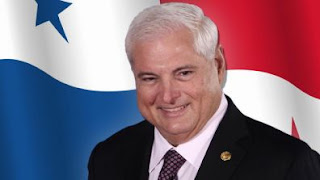