IF MARTINELLI RESIGNS, WHAT ABOUT HIS PARTNER, GARY LUNDGREN ?


Though the political fate of Panamanian President Ricardo Martinelli remains unknown, should he relinquish power, voluntarily or otherwise, or be exiled, what will happen to his business partner, Gary Lundgren ? Lundgren, who is the president and shareholder of several Martinelli companies, including Global Finance and Investments SA, and Global Valores Inversionista, SA, has criminal charges of fraud pending against him in Panama. Will he now face justice ? 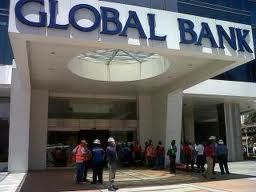 Both Lundgren and Martinelli had extensive business dealings with convicted Colombian Ponzi schemer David Eduardo Helmut Murcia Guzmán, who is now cooperating with American authorities investigating the $200m Murcia moved into Panama when he was perpetrating his massive fraud. Both of them are believed to be holding extensive Murcia assets, which were converted when the Ponzi schemer was arrested, and quickly extradited to Colombia, to stand trial.

Who now controls a sizable portion of the Murcia bank accounts and who has possession of the real estate, owned by corporations with bearer shares ? We have previously covered bearer share fraud*, and it is high time those fraudsters pay the price for their crimes.

When your protector loses his power, you usually lose your immunity from prosecution. It will be interesting to see what happens next in Panama.