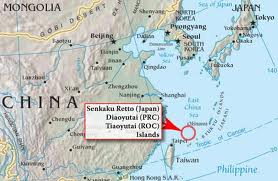 The Chinese Ambassador to Japan has warned Japan that the declared plans, by the Municipality of Tokyo, to purchase three disputed East China Sea islands from private owners, will create an "extremely grave crisis" between China and Japan.

The territories, known to Japan as the Senkaku Islands, and by China as the Diaoyu, are held by Japan, but claimed by the Peoples' Republic. The Republic of China also has an historical claim. 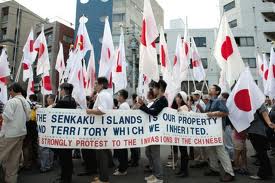 The prospective Japanese purchase could potentially raise financial risk levels in the Northeast Asia region. This dispute, over islands with little strategic or geopolitical value to either side, has increased tensions between China and Japan. Compliance officers should recognise that, should any incidents occur in or near the Senkaku, country risk will increase.

Between this tense island dispute, and the one in the South China Sea, also over newly-intensified territorial disputes,  the chance of a future military confrontation between an extremely assertive China on one hand, and the United States, as protector of the democracies in the region on the other hand,  is a distinct possibility. It bears watching. 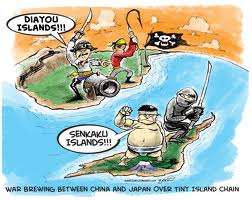