MARTINELLI BACKS DOWN IN PANAMA 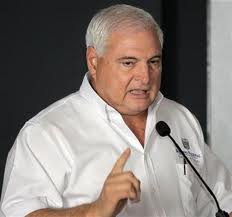 Sources in Panama continue to paint a disturbing picture of events. Here is the latest we have:

(1) President Ricardo Martinelli has reportedly backed down, and will drop the new suit he has filed against the Electoral Judiciary. He had sought to charge them with Abuse of Power and Abuse of Authority, in an effort to remove them, as a means of obtaining a way around the laws regarding Presidential Succession. It is rumoured that he agreed to cease and desist in the suit after receiving a call from a senior representative of the United State Government.

(2) Martinelli, alone amongst Latin American leaders, has endorsed and recognised the abrupt, (and extralegal) removal and replacement of the President of the Republic of Paraguay.

(3) Panamanian students have been in the streets again, calling for Martinelli's resignation. Readers in Panama City who questioned my use, yesterday, of riot photos, may want to look outside their windows today. 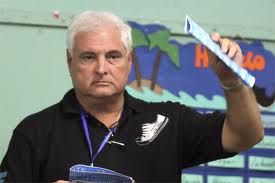 We shall continue to report on events in Panama as they unfold.