VENEZUELA SHIPPED US FIGHTER JET AND PARTS TO IRAN

Arrests were made made this week in Miami of Venezuelan nationals, working for the local Venezuelan Military Acquisitions Office, who have been charged with purchasing fighter jet and helicopter parts, and shipping them to Venezuela, in violation of the existing US arms embargo regarding Venezuela.

Those arrested*, including a former Venezuelan Air Force fighter pilot, face sentences of up to ten years in Federal Prison, and a $1m fine, per count. F-16 parts were included in the illegal shipments, some of which were diverted from their purported end user, Spain.

If that bothers you, read this. The most disturbing news from Venezuela this week is the disclosure that, in 2006, its government disassembled F-16 fighters that it had received from the United States, and shipped the parts covertly to Iran, for reassembly and inspection. Given that both the US and Israel, Iran's adversaries in any future conflict, have the F-16 in their air forces, this could give Iran an advantage in adjusting its air defences. Venezuelan pilots reportedly assisted in demonstrating the aircraft's capabilities. Connect the dots regarding the parts, and you know where they went.

Other sources say that Venezuela shipped F-16s to other countries whose governments oppose the United States. At least a dozen F-16s delivered by the United States are missing. The Government of Venezuela maintains a close relationship with Cuba, North Korea, Syria and China. Exactly where are those aircraftr. Sr. Chavez ? 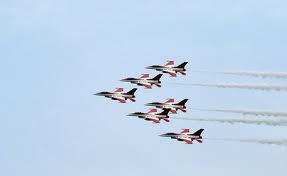 If you are a banker whose clients are shipping dual-purpose goods to Venezuela, goods that could be transshipped to Iran, and support that country's illegal WMD and ballistic missile programmes,  then  I suggest that you obtain sufficient written assurances that Venezuela is the end user. Prepare an affidavit for the client to execute before a Notary Public; If the client will not sign, exit the client.