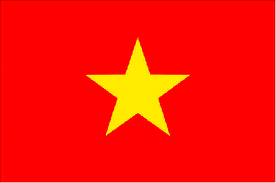 The Socialist Republic of Vietnam passed legislation this week that effectively claims sovereignty over both the Paracel and the Spratley Islands, which lie in the hotly contested South China Sea region. China, as expected reacted to this news by responding that these are indisputable territory of China.


The Chinese Foreign Ministry issued a statement to the effect that:
(1) The Vietnamese law was a serious violation of Chinese territorial sovereignty.
(2) China expresses its resolute and vehement opposition to the new Vietnamese law. 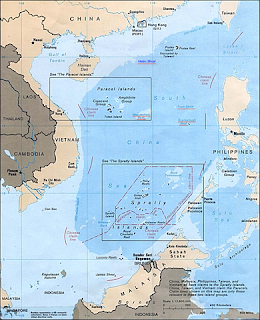 Meanwhile, China has raised the administrative governance status of the two island chains, and has added the Maccleesfield Bank,  which has no dry land, being an elongated sunken atoll of underwater reefs and shoals, east of the Paracel Islands.

China captured the Paracel Islands in 1974, from the Republic of Vietnam, the former South Vietnam, in a naval engagement known as the Battle of the Paracel Islands. An American civilian, assigned to the embassy in what was then Saigon, and who was present as a naval liaison observer, witnessed the engagement*. What was then North Vietnam disputed China's claim. France, as the colonial power in Indochina, occupied the Paracels in 1938, but the Republic of China appears to have the prior claim, as it did assert it at the time. None of these claims were ever settled by the parties, or through any international body.

We shall continue to monitor the situation; the United States is seeking access to the port facilities in Vietnam's Cam Ranh Bay, and expanding its military relationship with the Republic of the Philippines. Malaysia, Brunei and Indonesia all have claims to territory in the South China Sea and they have not yet come up against China's interests, but you can be sure that incidents with these nations will occur in the near future.

Official (and unofficial but with apparent official support) Chinese media have expressed an extremely assertive position on Chinese sovereignty over the entire South China Sea, and that will not be accepted by neither china's neighbors, nor the United States, which is clearly moving closer to the countries of Southeast Asia. Regional and country risk will be affected.
______________________________________________________________________________
* His report, which has been declassified, can be found on the Internet. A former US Army Captain, having served with the 4th Infantry Division, He dies at the age of 56, having worked as an electrician in Las Vegas. it was common for American intelligence services to engage soldiers with prior Vietnam experience, for service in civilian roles.