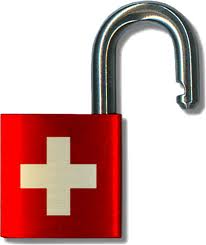 The man who likes to refer to himself as El Duce has flown; Panama's President, Ricardo Martinelli traveled to Europe this week, allegedly to promote Panamanian tourism abroad. The problem is, he went to Greece, whose economy is crashing, whose government is bankrupt, and whose citizens have no money to travel to Panama. Is there is hidden agenda here ? You bet there is. 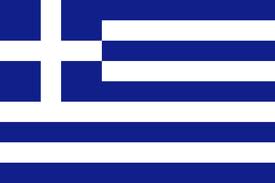 On the plane with El Presidente; a number of ministers, all of whom have reportedly lost their US visas, due to allegations of criminal activities:

(1) The Minister of Tourism, Solomon Shamah; currently under criminal investigation in the US for money laundering and narcotics trafficking, and alleged to have trafficked in weapons to the FARC.

(2) The Administrator of the Maritime Authority of Panama, which is the agency supervising the Panama Canal, Demetrio Papadimitriu. Was he visiting relatives in Greece, at the expense of Panamanian taxpayers ?

(3) The Minister of the Presidency, Roberto Linares; he has been linked to the payment of bribes and corruption.

Where are they now, you ask ?

After stopping off briefly in Greece, reliable sources have said that they are now in Switzerland, in the Italian-Swiss city of Lugano. Martinelli, and his sons, have been linked to BSI SA [BSI Bank], a private Swiss bank headquartered there, who is rumoured to hold deposits of many prominent Panamanians. This is an official trip ? What is the objective ?

BSI has a branch in Panama, amongst other international jurisdictions, and one in Singapore. Readers who are following my continuing coverage of David Eduardo Helmut Murcia Guzmán* will be interested to know that Murcia, whilst working in Panama, reportedly wired funds from the Singapore branch. Murcia's extensive previous relationship with Martinelli has been the subject of reports of money laundering. Has Murcia identified the illicit overseas assets of Panamanian officials [PEPs]** to US law enforcement ?

Are Martinelli and his senior ministers now moving their Swiss wealth to another tax haven, where they cannot be uncovered and seized, by Swiss authorities acting on  behalf of US law enforcement ? We cannot say, but we shall continue to follow this unfolding story.