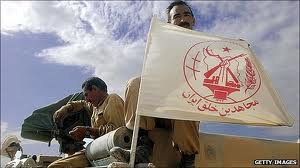 The United States Court of Appeals for the District of Columbia Circuit has, in a per curiam opinion*, ordered Secretary of State Hillary Clinton to make a decision on whether the People's Mojahedin Organisation of Iran, also known as the MEK and PMOI, should remain as a designated Foreign Terrorist Organisation (FTO). The Secretary has delayed acting on a 2010 petition for a delisting decision.


Quoting from the Court's decision:

"... we order the Secretary to act on PMOIs not later than four months fro the issuance of this opinion [1 June];  failing that, the Petition for a Writ of Mandamus, setting aside the FTO designation will be granted." [Opinion at 2].

"We arrived at the four-month deadline in part because four months should allow enough time for the completion of PMOIs move from Camp Ashraf ... as well at time to complete the process of analysis, judgment and explication. " [Opinion at 12].

The MEK is moving to a new camp adjacent to Baghdad International Airport, a former US military site.


Whilst there are many former senior US Government officials who support the delisting, others have pointed out that the MEK has not sufficiently proven that it has abandoned terrorism as an instrument of policy, that it killed a number of US military officers in Iran, during  the period when the Shah was overthrown, and that its members participated in the invasion of the US Embassy in Tehran in the early days of the Islamic revolution in Iran. The MEK, which has been variously described as a cult, and an Islamic-Marist organisation, appears to exert total control over its members, and the issue of whether to delist it remains controversial.

Reader's note: there are several earlier articles in this blog on the MEK case. Use the white search box to access other content.